Xerox toner cartridges are many, and we carry them all, regardless of your printer model. Like all of our satisfied customers, you'll love our fast delivery, and our money-back guarantee. Just use the quick search tool below to find the exact Xerox toner cartridge you require. 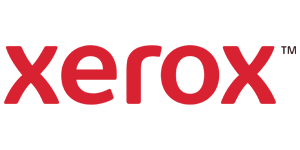 Is there any company more aligned with toner than Xerox? Toner is used in their printers and copiers both, with copiers being noteworthy because Xerox is often used as a verb ("can you Xerox this?") But Xerox printer toner has its place as well, which we'll get into in a moment. But first, some company history:

Xerox is more than a century old, having started in 1906. Their first name was "The Haloid Photographic Company" (which is a far cry from Xerox). So how did they arrive at Xerox? Well, they developed a Dry Photocopying process they dubbed "Xerography" (from two Greek words that translate to "dry writing"). And from there, it's not hard to see where the company name comes from. Thus was born Xerox (toner cartridges are coming – we promise!)

Xerox was/is an amazing company in terms of innovation. It's not that well-known, but they developed the graphical user interface that has dominated computer screens (along with a little device called a "mouse"). And they also invented laser printing technology (by modifying a copier in 1969 – the copier was already using a drum and a Xerox toner cartridge – it was just a matter of modifying data input and document output using similar Xerox laser toner that a copier used).

Xerox is still on the forefront of printer technology. A typical Xerox toner cartridge is designed to use less toner per page, making operating costs a lot lower than other brands. And Xerox's Emulsion Aggregation toners have been developed to reduce waste and energy while providing better quality prints and at a lower cost. And speed? The xenon flash fusing technology can achieve print speeds of 430 full color pages per minute and 600 in black and white greatly reducing the cost per page, which is much faster than traditional technology in printers (and yes, we carry color Xerox printer toner as well.)

On that note, we'll mention we also carry all other Xerox toner cartridges and supplies such as fusers, imaging units and transfer rollers. We also carry original OEM cartridges and recycled / compatible ones as well, which we sell at a discount, and are guaranteed to work. We have the best prices, fast shipping, and the largest selection. And lastly, you'll love doing business with a company rated A+ by the Better Business Bureau. Just use our search tool above to find the Xerox laser toner you need.