Samsung toner cartridges and printing supplies are well-stocked here at Ink Technologies – just use our search tool below to find the exact Samsung Toner Cartridge you need (which we'll have ready to ship.) Every purchase is backed by our money-back guarantee as well. 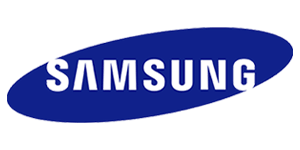 Samsung ML-1451 Toner Cartridges
Browse more Samsung Toner models: 12345
Samsung toner cartridges are just one part of this large company's offerings. Many people mistakenly think they are a Japanese company, but they aren't – they are Korean. In fact, currently, Samsung produces about 1/5th of South Korea's total exports (obviously with Samsung printer toner being a part of that). But that's a HUGE part of the export pie – indeed, the company is so large it would have been the world's 35th largest economy in 2006. That's pretty darn big.

The funny part about Samsung's size and numerous offerings is the fact that they didn't even get involved in electronics until 1960 – before that, they were largely a small export company (they began in 1938). However, once they dove into electronics, they did so in a huge way, producing almost every conceivable piece of office equipment and home entertainment device imaginable. And in the 2000's, they turned to the printer market, producing not only a fine line of printers, but Samsung laser toner as well (because like all other printers, each brand uses proprietary toner – e.g., a Samsung printer takes a Samsung Toner Cartridge, etc.)

And although Samsung arrived into the printer market late, their quality is well known, winning awards and gaining accolades along the way. Their toner cartridges also carry this same quality, and are known for long-life and reliable, even printing that simply looks great. One of the other advantages of being a late-comer to the market is the breadth of product offerings is small, meaning a Samsung Toner Cartridge is pretty easy to find.

And, of course, Ink Technologies carries all of the different Samsung toner, both OEM cartridges, and recycled / compatible ones (which are guaranteed to work). Yes, you could go to the store and pick up some Samsung laser toner, but with our large selection low prices, and fast shipping, why would you? Just use the search tool above to find the exact Samsung cartridge you need. And like always, we thank you for shopping with Ink Technologies.