Panasonic toner cartridges for all Panasonic printer models are available here at Ink Technologies. Just use the search tool below to find the exact cartridge you need. We'll ship it right out to you, and fully guarantee it as well. 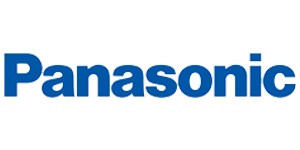 Panasonic is one of the best-known names in technology today. They make everything from televisions to computer equipment to (of course) laser printers and the Panasonic toner cartridge.

The company has been in business since 1918, when Konosuke Matsushita established the Matsushita Electric Devices Manufacturing Company, and sold light sockets. Obviously, the company delved into many technological areas to include televisions, cameras, kid's electronics, tape recorders, and many others. Oddly, the "Panasonic" name was actually given to their line of TV's during the 1960's (the parent company name was Matsushita Electric Industrial Co., Ltd). But the TV's proved popular (Panasonic is currently the #5 television manufacture in the world) that the company adopted the name (and it became official in 2008.)

During this time, the company also got involved in personal computing and the peripherals for such (including Panasonic printers and Panasonic printer toner). The company made inroads into the printing market by introducing a single pass laser printing system, which uses a line of aligned laser diodes to perform accurate rendering and transfer of data to the page. As the laser diode system is able to print in a single pass, it allows for faster print speeds and higher productivity. In addition there are fewer moving parts which reduce the maintenance costs over time. The fusing system enables less Panasonic laser toner to be used while keeping high quality image and text production. This makes the Panasonic toner cartridge an exceptional value, as it both lasts longer, while also printing faster.

Ink Technologies carries all sizes of Panasonic toner cartridges for the company's printers. Of course, we carry OEM cartridges, and also refilled / recycled generic cartridges, which are sold at fantastic discounts (and are fully guaranteed.) We have a full stock, and ship them out fast, often the same day. And for your peace of mind, remember that we are rated A+ by the Better Business Bureau. Just use the search tool above to find the exact Panasonic printer toner you need.