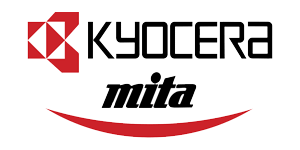 Kyocera Mita began life in 1959 Japan as the Kyoto Ceramic Company. It was started by Dr. Kazuo Inamori, and primarily focused on the factory production of fine ceramics. However, this was in a technical sense, as the company made products like ceramic semi-conductors for NASA, and by the mid 1970 they had expanded to making even more diverse products, like cutting tools, kitchen knives, and even ball-point pens (Kyocera Mita laser toner was still a ways off.)

In 1982, the company was renamed Kyocera, and turned their attention to personal technology, introducing the world's first portable laptop. They also began producing digital cameras, film, CD players, turntables, cassette decks and receivers. However, many of those products / ventures were short lived.

In the year 2000, Kyocera purchased Mita Industrial (a manufacturer of copiers), and the company became known as Kyocera Mita. This was the beginning of their printer line, as they expanded from copiers to include printers and similar office machines. And, of course, with these printers and copiers came the Kyocera Mita toner cartridge. The company is well-known for high quality printers, even though they are not the largest sellers in the consumer market.

Here at Ink Technologies, we carry Kyocera Mita toner cartridges for all models of their laser printers and copiers. We carry both OEM cartridges, and also recycled / remanufactured cartridges, which are sold at substantial discounts. We fully guarantee these cartridges as well – they'll work or you get every penny back. We have a huge stock, fast shipping, and an A+ Better Business Bureau rating, so you can shop with confidence. Just use the search tool above to find the exact Kyocera Mita printer toner you need.