Dell printer toner is available at deeply discounted prices from Ink Technologies. Simply use the search fields below to search for the exact Dell toner cartridge you require. We have the largest stock, the fastest shipping, and the best guarantee in the business (plus an A+ BBB rating!) 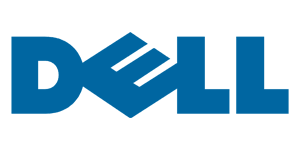 Duuuuude... you got a Dell. Ok, we had to say it once. Because it's unlikely that someone will say that to you when you're buying a Dell toner cartridge. Truthfully, that's fairly accurate, because ask somebody what Dell makes, and they'll likely say computers, not printers. Which is no wonder – Dell is currently the #3 computer manufacturer in the world. That means a lot of dudes (and dudettes) own a lot of Dells!

Dell got its start under the moniker "PCs Limited", which founder Michael Dell ran from his college dorm room in the mid-80's. Essentially, he sold "IBM-clone" PC's that he built from compatible / stock parts. The business did well enough that he got an influx of cash from his family, and subsequently dropped out of college to pursue the venture full-time. The first product was the "Turbo PC", and it was a hit, allowing the company to gross 73 million dollars in its first year of operation. Clearly Dell was onto something. The company adopted its founder's name in 1988, and, in a departure from many other computer manufacturers, relied on direct sales rather than retail sales for many years.

During this time, the company expanded into other areas, including printers. Today, Dell offers a full line of personal and small business color laser printers. These printers feature easy-load Dell toner cartridges that offer a high print yield (a staple of Dell laser toner.)

Here at Ink Technologies, we carry all manner of toner cartridges for any model of Dell printer you own. And we have them in both OEM and recycled / compatible configurations – your choice. Just look at the offerings above, or use our handy search feature to find the precise Dell toner cartridge for your needs. And as always, we offer fast shipping, and a 100% money-back guarantee.