Stratasys and Objet Take the Plunge 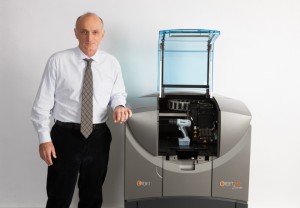 “Stratasys, the world’s largest 3-D printer company” and the not-too-shabby Objet have announced their merger, resulting in the new Stratasys, LTD., valued at $3 Billion. Nathan Hurst at Wired:

The resulting company, Stratasys Ltd., is expected to be valued at around $3 billion — $1.63 billion coming from Stratasys, while assigning an approximate $1.4 billion valuation to Objet. Objet’s former CEO, David Reis, will lead the company, while former Stratasys CEO and co-founder will stay on board as executive chairman.

The real question to come from this is…will it bring home and small office 3D printing closer to becoming a reality? 3D printers, as we’ve noted before on several occasions, offer endless possibilities for home and office use, the question is how the major players go about getting a viable home version to the mass consumer market.

Stratasys and Objet are making a play at it, but we’re not quite there yet despite the headline at the Vancouver Sun that reads “Three-dimensional printing moves to the mainstream.”  They cite the $2,200 MakerBot Replicator 2 as their evidence for this claim. 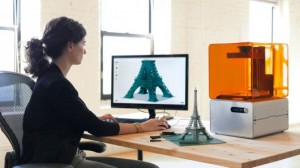 We don’t know about you, but $2,200 for a printer-3D or otherwise-is still a little steep for your average home printer user and is most likely out of reach for most small businesses.

Nonetheless, we’ll keep a close eye on the progression of this merger. We hope, along with everyone, that the marriage coupled with increasing competition in the market will eventually drive the cost down far enough to allow for true home use.

We can think of a few, but for what would you use your 3D printer?

Ink Technologies
Ink Technologies, LLC. has grown to be a leading supplier of color printing products for use in printers by Xerox, Konica-Minolta, Hewlett-Packard, Lexmark, Okidata, Samsung and other leading manufacturers. In addition to our high-quality, value-priced products, we strive to offer the best customer service and after-sale support in the printer supply business.
Read more from this author

4 Responses to “Stratasys and Objet Take the Plunge”