Her arms were the main issue, which were too stiff and undeveloped for her to use — and for a young child, not being able to play or participate in many activities is frustrating. However, as her arms were so weak and she was only two, other options available were too heavy or big for her.

Eventually, Emma’s mother approached the makers of the Wilmington Robotic Exoskeleton (WREX). The system was then customized especially for her, made smaller and each component was printed out of plastic rather than made from traditional, heavier materials which would be too much for the girl to cope with.

It worked, and this success story has now resulted in the “magic arms” 3D-printed WREX exoskeleton being nominated for the Designs of the Year 2013 awards by London’s Design Museum.

We’ve previously stated here that 3D printers would take over the world.

This is just so much better.

Congratulations to Emma, and good luck to Stratasys on their nomination. 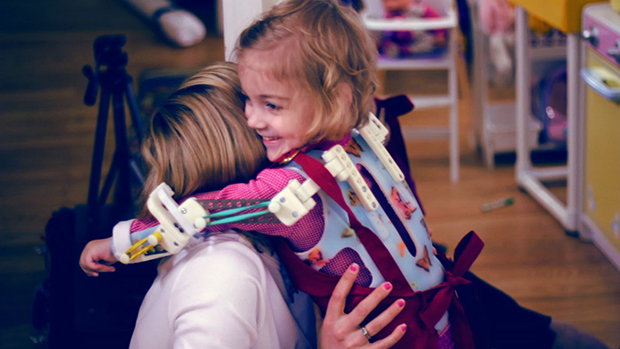