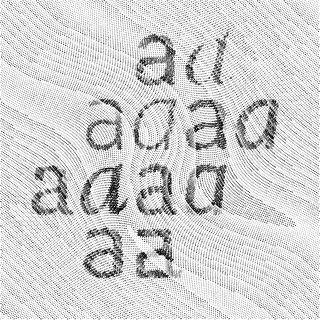 In the last final entry of our short series on fonts, we’re going to have a look at an aspect of typography that most people are likely to have practical use for at some point: font combinations. Whether you are printing a memo, a label, an essay, or any other document, choosing the right combinations of fonts can make the difference between an aesthetically pleasing read and an eye-watering mish-mash.

Combining the right fonts can be tricky, there are many thousands of fonts out there to choose from. There are, however, a number of principles that you can apply which will almost always result in visually pleasing combinations. Keep in mind, these principles are not rules by which you must abide under penalty of being arrested by the font police. Choosing fonts for a document is an art, it takes a delicate discernment of the overall appearance of the page, but, you won’t go far wrong if you stick to these basic guidelines.

Don’t Use too Many Fonts

A mistake many people make is to use far too many fonts on the same page. The result is a discordant mess that lacks cohesion. In almost all cases your best bet is to stick to two fonts. If you want to use more than two, that’s fine, but make sure you have a good reason. The fewer the better.

Choose Fonts Appropriate to the Type of Document

Typefaces have character, like people. Some are sober and formal, others are raucous and extrovert; some are trustworthy and sincere, yet others are playful and ironic. Use your best judgement to choose typefaces that are suitable to the mood you want to communicate. Don’t use Comic Sans in a funeral announcement, for example. In fact, many in the business will stridently tell you not to use Comic Sans at all. These days, Comic Sans is not looked upon as the witty amusing guy at the typeface party, but the loud obnoxious bore that won’t shut up.

This is the number one, basic rule of font combining. You don’t have to follow it, but under most circumstances, choosing a Sans Serif font for the headings, and a Serif for the body of the text, will have good results (all else being equal). You can also do it the other way around. If you aren’t sure what the difference between Serif and Sans Serif fonts are, take a look at our recent post on the Anatomy of a Typeface.

Avoid Mixing Fonts that are too Similar

Fonts come in groups called classifications. There are slab serifs and old style serifs, black letter typefaces and script typefaces. Pairing fonts from the same classification group should generally be avoided. They end up fighting for dominance and attention, as brothers and sisters are prone to. One the other hand, combining a typeface from the same family often works well. For example, a Serif and Sans Serif from the Droid family work very well together (for reasons explained in the last section).

Create a Hierarchy of Different Font Weights and Sizes

This might seem obvious, but make your titles big, your subtitles smaller, and other headings smaller still. In addition to choosing fonts size you can use font weight (bold etc). Creating a hierarchy allows the reader to easily see how the document is arranged and gives a sense of unity to it. You wouldn’t dress yourself in a shirt four sizes too big and pants two sizes too small, it would look ridiculous. Your pages should be dressed with the same care.

Avoid too Many “Character” Fonts

To return to the party analogy, some folks and fonts are gregarious and attention grabbing, and others like to express themselves quietly and modestly. If you’ve ever been to a party where everyone is of the first type, shouting at the top of their voices to get attention, you’ll understand when I say don’t throw too many of this sort into the mix. The job of a document is usually to communicate information, not show off its fancy fonts. One attention grabbing typeface is fine, but the main body text should use a more reliable and sober font, like Arial or Helvetica Neue.

Aim for Balance in your Font Choices

What’s balance? I hear you ask. Good question. Font combinations need to be both similar in some ways, and different in others. Too much in either direction leads to a discordant combination. When looking for contrasting features for font pairings, concentrate on choosing different classifications, different sizes, different descender lengths and letter shapes, and so on. The opposite of this is concord, choosing similar features. Here, concentrate on features that stand-out as similar between fonts: proportions, kerning, shapes and so on. The trick is to get a balance between contrast and concord, while avoiding conflict. If you’re new to font combinations, the best bet is to follow the other six rules, and then have a look to see if it works. Getting this last one right is not easy and people train for a long time to become expert at it.

You will, of course, see documents every day that ignore many of these rules and look fantastic. Unfortunately, before transcending the rules, you have to adopt them and understand them. The people who design those documents have spent years training, and those of us who are not experts have to make do with sticking to the principles.

One Response to “7 Foolproof Principles for Perfect Font Combinations”