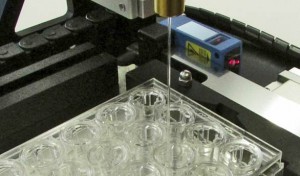 The story sounds like something out of a horror movie, or at least a dark science fiction film. Nevertheless, scientists are already using 3D printing technology for printing and testing live tissue with an eye toward replacement organs. While it might sound a bit like a modern reboot of “Frankenstein”, their research could eventually lead to life-saving procedures and shorter organ donor waiting lists. How far are we from printing entire replacement bodies?

As with any new field, it’s best to start small. A startup in San Diego, Organovo, is doing research with small slices of liver tissue. Some of the slices were able to filter toxins and nutrients, just as the human liver does, for as many as 40 days. The big advantage, according to Organovo, is that 3D printed tissue is much more controlled and reproducible than live tissue samples, so the results are often more predictable, reducing several variables.

The tissue reacts in a similar way to a human liver when it comes in contact with certain substances. This makes the tissue ideal for drug testing, without putting humans at risk. Keith Murphy, the CEO of Organovo, said, “You’ve got the ability to start thinking about how a drug is going to work in human tissue before you start testing in humans.” Here is a video about Organovo’s 3D printed tissue process:

Of course, the idea of printing an entire 3D organ is a longer-term goal, and it makes one wonder what the potential drawbacks could be. With the ability to simply print a new organ, would humans be even more careless with our bodies? Would alcoholics no longer be concerned by the damage they are doing to their liver? 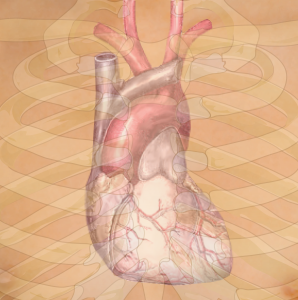 We don’t have to worry about those questions quite yet, of course. Even the most optimistic researchers think we are 10 or more years away from an entire organ. The Cardiovascular Innovation Institute is working on 3D printing an entire replacement heart for humans, but researcher Stuart Williams told USA Today, “We think we can do it in 10 years — that we can build, from a patient’s own cells, a total ‘bioficial’ heart.” Even this bold estimate is generally met with skepticism.

Stuart and his team have created a method for using some of the patient’s own cells, rather than manufacturing the entire organ. By extracting body fat cells from the patient, they are then mixed with a special glue and assembled with a 3D printer. Once the tissue is implanted, the glue dissolves inside the body.

Since the organ is created from a person’s own cells, it reduces the likelihood of rejection, a common problem with donor transplants. If they are successful, it could eventually mean an end to long organ transplant lists, and save hundreds of thousands of lives! That is certainly worth the risk of the potential downsides.

With so much research being done on replacement organs, we can’t help but dream about the possibility of an entire 3D printed body. Science fiction is full of predictions about transferring one’s consciousness into an android body, or the much less flattering “head in a jar” technique. But what if we could print an entire new body made from living tissue. Imagine transferring the brain of someone like Stephen Hawking, whose body is deteriorating from paralysis, and giving him a new body to prolong his life and his work. We certainly aren’t there yet, but if the current trends in 3D printing continue, we may have to discuss the moral and religious implications of these types of procedures sooner than we think!