The Coolest Innovations to Watch for in 2014

Every January, Las Vegas hosts the International CES (Consumer Electronics Show), a global consumer electronics and consumer technology tradeshow where large and small businesses alike showcase what are soon to be the hottest new tech gadgets. Following last week’s CES, we scoured the web to find some of the coolest innovations to watch for in the coming year. Here are some of our favorites:

Developed by AIST, a leading Japanese industrial automation pioneer, Paro is a robotic baby harp seal used in hospitals and extended care facilities to reduce patient and caregiver stress. The seal’s five kinds of sensors allow it to respond to people as if it were alive and to engage them with their preferred behavior. While not new to CES, Paro is the 8th generation of a design that has been utilized in Japan and throughout Europe since 2003. Guinness World Records has even named Paro the World’s Most Therapeutic Robot. You too can purchase your very own Paro for $4,518 from the Japan Trend Shop. 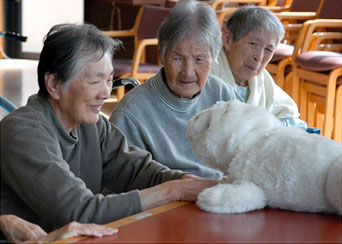 If you have ever dreamed of owning a hoverboard à la Marty McFly in the “Back to the Future” trilogy, the Onewheel might be your best bet in 2014. The Onewheel is a self-balancing electric skateboard that responds to shifts in your body weight – just lean forward to speed up and lean backward to slow down. It can travel up to a speed of 12 miles per hour and looks like a whole lot of fun! Onewheel is currently in the midst of a Kickstarter campaign.

Being touted as the world’s most compact e-vehicle, the Urb-e is fast, lightweight and maneuverable, capable of traveling up to 20 miles on a full battery charge. TheVerge.com described it as feeling like “the kind of vehicle an enlightened citizen of 2030 would own.” The Urb-e isn’t available for sale quite yet, but be on the lookout for the launch of its Kickstarter next month. 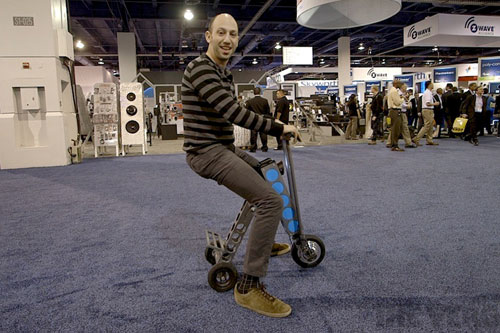 Toyota refers to the small, three-wheeled and electric-powered i-ROAD as a personal mobility vehicle. This new mode of transport resembles something between a car, a motorcycle and a fancy golf cart. The i-ROAD seats two passengers in tandem to keep the body as narrow as possible and provide protection from the elements. Since the passenger cell is fully enclosed, no helmet is necessary, but because the driver also cannot stick his or her foot out to steady the vehicle when at rest, the i-ROAD features a trick front-wheel setup that keeps it upright without human help. Sadly, it’s probably not a car we will ever see in America, though it should see success in Asia and Europe should it ever go into production. 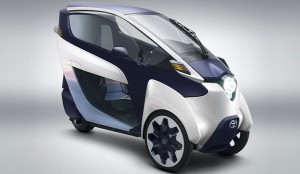 Named Engadget’s 2014 Best of CES winner, Oculus Rift’s newest “Crystal Cove” prototype is the latest in virtual reality headsets. As compared to a version of the Rift from one year ago, Crystal Cove boasts higher resolution, greatly reduced motion blur and positional tracking of your body and head. This means that Crystal Cove doesn’t just know which way you’re facing but can even tell when you’re leaning or hunching, allowing you to peer around corners and over ledges, making the virtual reality experience more fully immersive. The Rift has broad applications beyond gaming and could be beneficial in almost every industry, from auto manufacturing to the movie business. The company has yet to announce a release date. 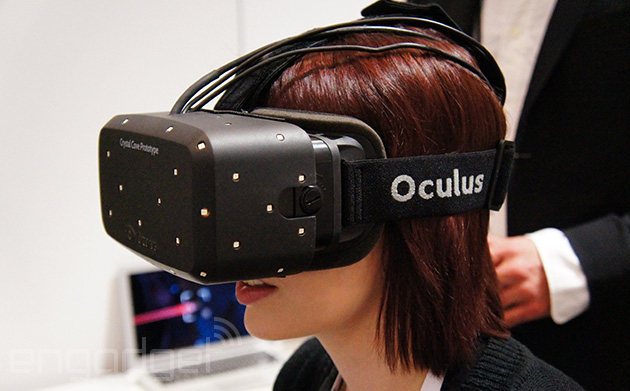 And since Ink Technologies is concerned with all things printing, make sure to check out this video highlighting the 3D printing innovations from CES 2014. Who wouldn’t want to 3D print in chocolate?

For more coverage from CES: