Could You Go To Jail for 3D Printing?

As harsh as that sounds, rest assured at the very least that the legal implications of 3D printing is going to get way, way thornier before it gets smoother. Under the somewhat deceptive title “The Coolest 3D Printer Projects”, although they eventually get to 10 pretty cool projects, PC Magazine’s article is really a primer on just how difficult the legal landscape is going to be once 3D printing truly hits the masses…or well before, as the case may be:

Today, whether or not a physical object may be copyrighted falls into somewhat of a gray area, Public Knowledge claimed in a recent paper. And those objects also straddle two different definitions: patents cover objects that do things, while copyright covers artistic works. Each has their own legal framework. The situation grows even messier when copyright is asserted against a site like Thingiverse, where design files are shared, allowing other individuals to download and print their own designs. In this case, traditional DMCA takedown notices, such as those applied to music or movies, may not work.

The “paper” referenced above from PublicKnowledge.org is an absolutely fascinating read for anyone looking to be the go-to guru of 3D printing and copyright/privacy issues around the office or at the pub.

The most fascinating part to us is that it seems, at least for the moment, that the vast majority of designs for things that can be printed in 3D and used thereafter, will not be protected by copyright, which automatically kicks in for “artistic, creative works” as soon as they’re produced or written. In other words, a 3D print design and the accompanying printed object are not like movies and music, they’re something else. What exactly that “something else” is, remains the question that will most likely be hashed out in the courts:

As 3D printing and modeling grow in popularity, it is likely that we will see more companies and individuals assuming they have a copyright for a design or object and demanding removal of unauthorized versions. While most modern songs, movies, and pictures are protected by copyright, the same cannot be said for physical objects. For that reason, when a site receives a takedown request it may be wise to at least consider if the object is protected by copyright in the first place. 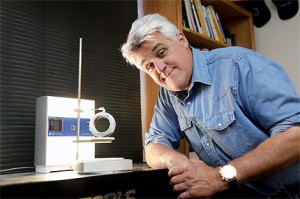 This begs the next question for us: Will 3D printers evolve to the point where we never have to purchase “useful objects” from the store again? Will the investment in one sophisticated 3D printer and a site like Thingiverse dispatch with the need to buy screws, keys, auto parts, office supplies or any other physical item again?

We don’t know, but we can say with some degree of sureness that if a 3D printing modeler figures out how to make tools more cheaply than say Craftsman or Snap-On, there’s going to be a lawsuit.

In the meantime, we’re just excited at the amazing show that’s about to unfold in the 3D Printing universe.

One Response to “Could You Go To Jail for 3D Printing?”